On Sunday, September 18, 2022, history was made in the Premier League as Arsenal took on London rivals Brentford in a league clash. The match saw the emergence of a new youngster into the league’s record books.

The Premier League has long been known to afford the best youngsters an opportunity to showcase themselves on its grandest stage. Players like Wayne Rooney, Cesc Fabregas, Jack Wilshere, Marcus Rashford, and many others broke through at top Premier League sides as teenagers.

Managers of Premier League teams are usually keen to grant youngsters appearances when they earn their chance. Tottenham Hotspur manager Antonio Conte famously said if you’re good enough, you’re old enough, when he was Chelsea’s manager. It was he who handed debuts to Callum Hudson-Odoi and Ethan Ampadu when both of them were only 17 years old.

The level of football played in England’s top-flight means that there is little room for errors from players in general. This makes it an incredible achievement for these young players to appear in the league.

Without further ado, here is a list of the five youngest ever players to feature in the Premier League. 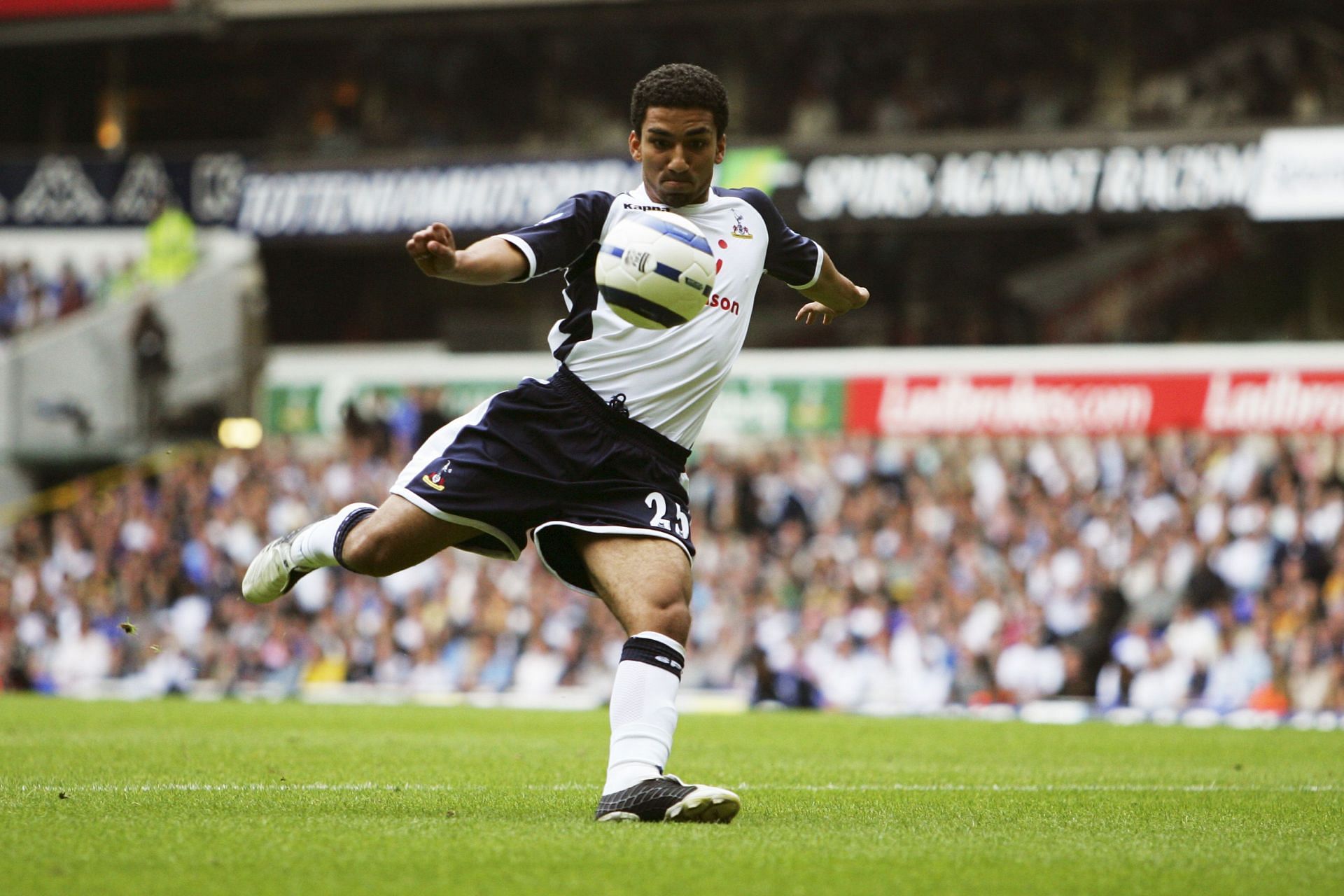 Aaron Lennon in action as a teenager

Aaron Lennon began his career at Leeds United, rising through the ranks at his hometown club. He joined the academy as a 14-year-old in 2001 and became the youngest ever player to have sponsored boots as Adidas equipped him. He went on to become the club’s youngest player in the Premier League, as well as the youngest to appear in the competition at the time.

Lennon made his debut aged 16 years and 129 days in a match between Leeds United and Tottenham Hotspur on August 23, 2003. The teenager was introduced off the bench in the 77th minute in place of Mark Viduka. He went on to make 10 more appearances off the bench in the 2003-04 season.

Leeds were relegated that season and the next time Lennon surfaced in the top-flight was in 2005. He had moved to Tottenham for just one million pounds as Leeds faced heavy financial problems.

Lennon went on to make 416 appearances in the Premier League, scoring 36 goals and making 64 assists. The speedy winger featured for Everton and Burnley before moving to Turkey with Kayserispor. Lennon was a full English international and made 21 appearances for the Three Lions. He played at the 2006 and 2010 FIFA World Cups.

The 35-year-old is currently without a club following the expiry of his contract with Burnley. 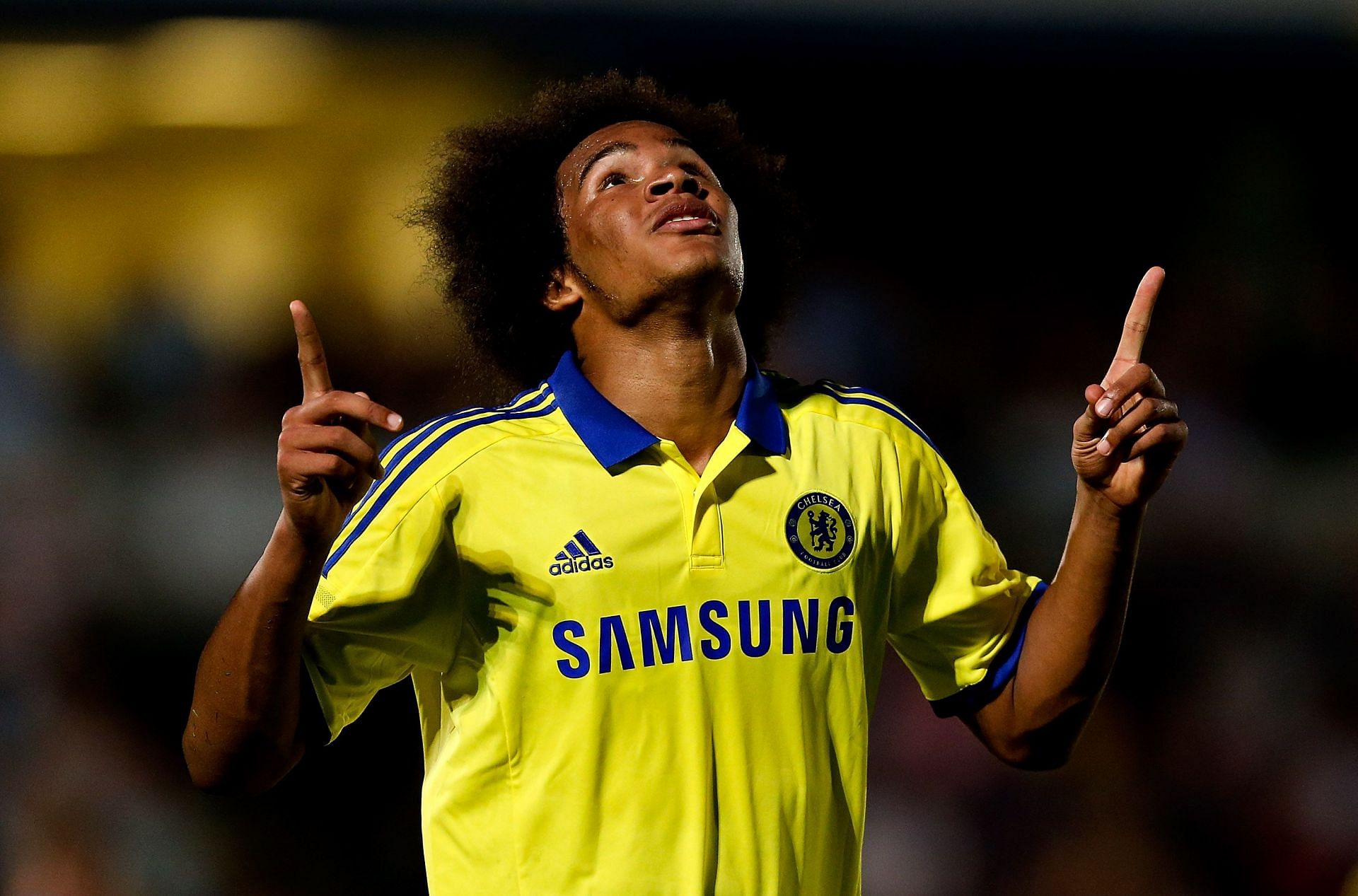 English midfielder Isaiah “Izzy” Brown was regarded as one of the biggest talents in all of England when he debuted for his boyhood club aged 16. He joined the Baggies’ academy as a 14-year-old in 2011 and played for their U-18 and U-21 sides before going on to make his senior debut.

Brown made his professional debut aged just 16 years and 117 days after he was introduced in place of Youssouf Mulumbu as West Brom faced Wigan Athletic. The teenage sensation had previously been named on the substitutes bench twice before he made his debut. He featured for the last four minutes as his side lost 3-2 to Wigan Athletic. He made only one appearance for West Brom before completing a transfer to Chelsea.

Brown was on Chelsea’s books from 2013 till 2021. He played only once for the club’s senior team before going out on a number of loan spells. He eventually saw his time at the club come to an end in 2021 as injuries hampered him from reaching his full potential. The 25-year-old is currently without a club, having last represented Preston North End. 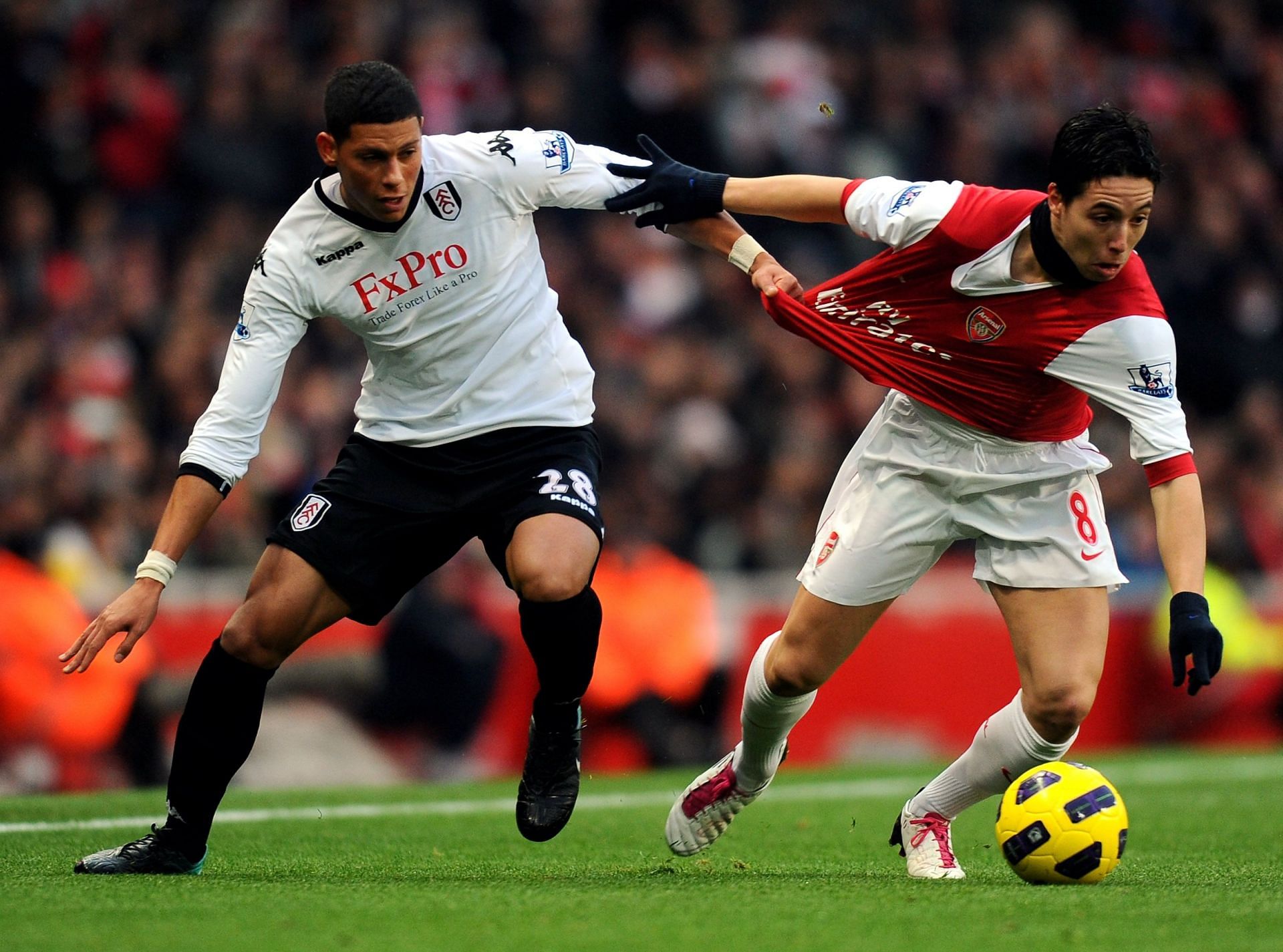 Matthew Briggs in action for Fulham against Arsenal

Guyanese midfielder Matthew Briggs held the distinction for being the youngest player to appear in a Premier League game when he featured for Fulham against Middlesbrough. The teenager had been at Fulham since he was 10 years old and rose through the ranks spectacularly.

Briggs was included among the substitutes as Fulham paid Middlesbrough a visit at Riverside Stadium. The midfielder became the youngest ever Premier League player when manager Lawrie Sanchez sent him onto the pitch. He was a 77th-minute substitute for Moritz Volz as Fulham lost 3-2.

He would go on to feature 12 more times for Fulham in the league before leaving the club in 2014.

Briggs spent a lot of the time on loan at other clubs while he was contracted to Fulham. Now 31 years old, he features for semi-pro outfit Gosport Borough in England. An England youth international, Briggs switched to play senior international football for Guyana in 2015. 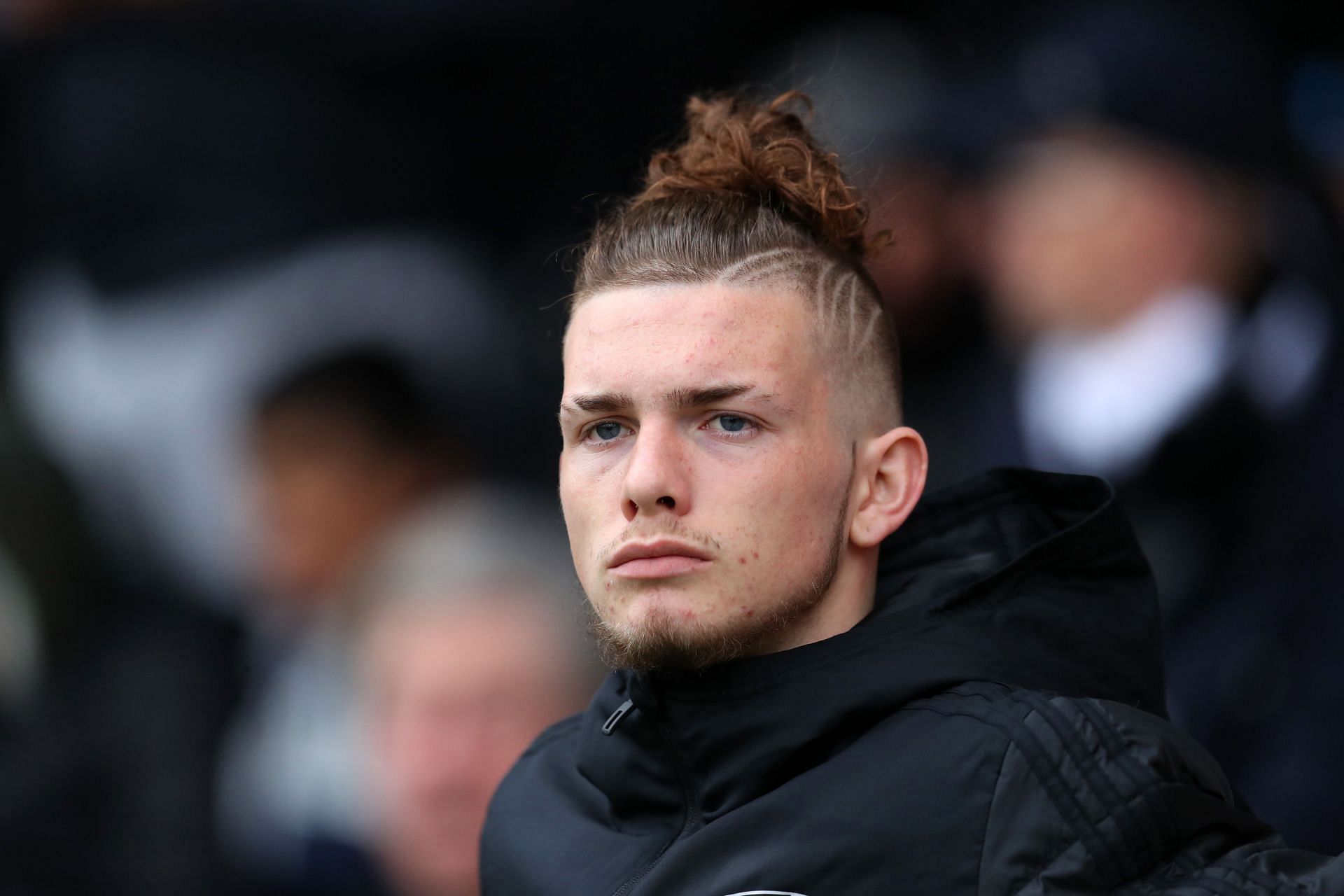 Harvey Elliott is presently one of the most highly-rated youngsters in English football. The midfielder has shown why he is rated so highly by delivering a series of quality performances and becoming a regular for Liverpool. He began his career with Fulham before switching to Merseyside.

Elliott became the youngest player to make an appearance in the Premier League when he made his debut for Fulham a month after his 16th birthday. He was an 88th-minute substitute for Andre-Frank Zambo Anguissa as Fulham lost 1-0 to Wolverhampton Wanderers on May 4, 2019.

Incidentally, he also holds the record for being the youngest player to feature in the League Cup, having made his professional debut in the competition at 15 years and 174 days old.

Elliott completed a transfer to Liverpool for an undisclosed amount in 2019 and became the youngest player to start a match for the club. He spent the following season on loan at Blackburn Rovers before returning to the club and featuring regularly. The 19-year-old scored his first league goal for Liverpool in their 9-0 win over Bournemouth. 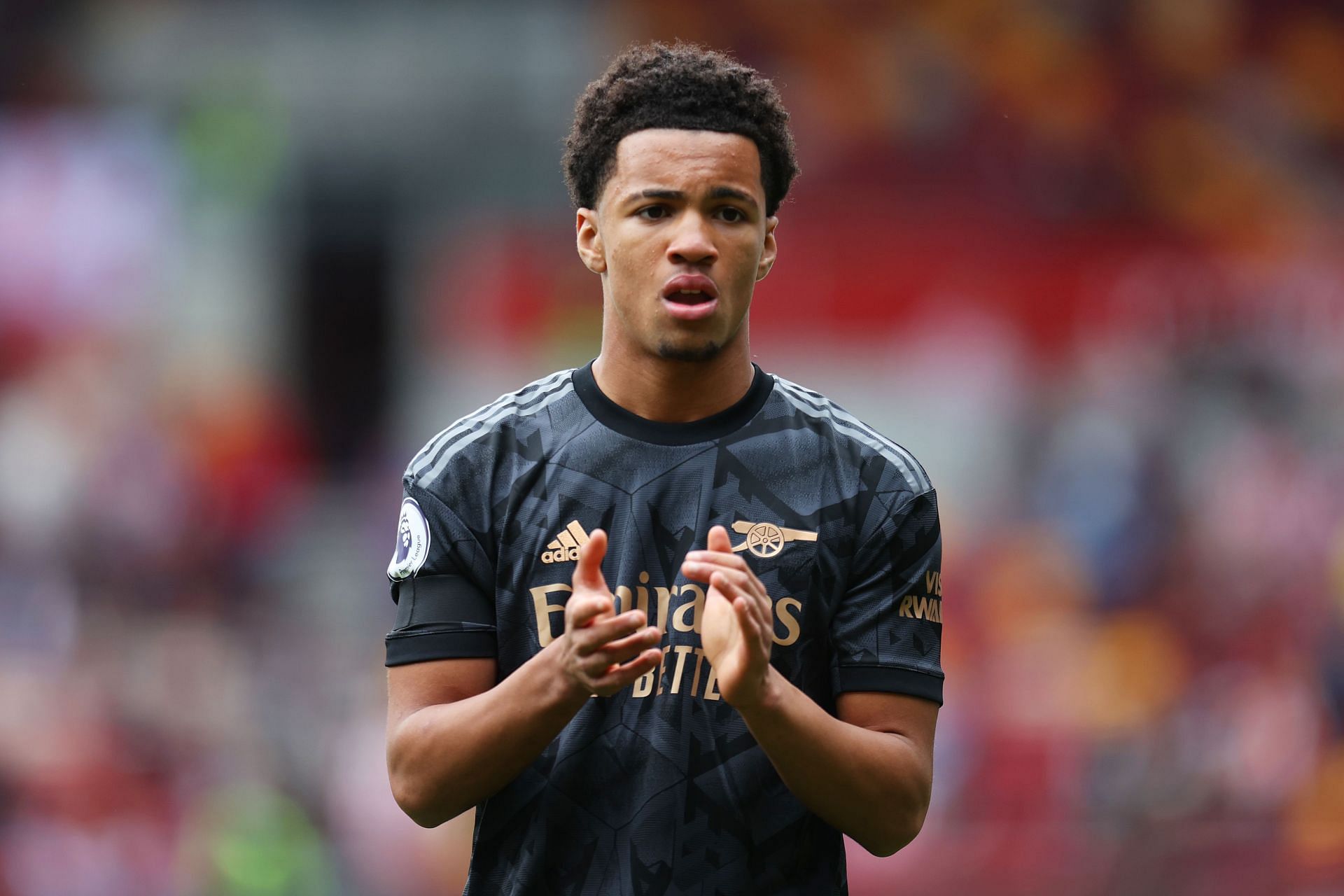 Ethan Nwaneri after his Arsenal debut in the Premier League

Arsenal manager Mikel Arteta decided to give 15-year-old midfielder Ethan Nwaneri a place on the bench as his side struggled with injuries. The teenager immediately became the first 15-year-old to make a matchday squad for the side in the Premier League.

With the match already won at Brentford, Arteta decided to reward the highly-rated teenager with a debut. He replaced Fabio Vieira in stoppage time to get his first taste of senior football. Nwaneri became the youngest player ever to feature for Arsenal, breaking the record set by Cesc Fabregas in the League Cup.

Arsenal@ArsenalA proud day for @ArsenalAcademy Ethan Nwaneri is now the 𝘆𝗼𝘂𝗻𝗴𝗲𝘀𝘁 player in our history. Read all about the broken records, stats and facts here 8628623

A proud day for @ArsenalAcademy ❤️Ethan Nwaneri is now the 𝘆𝗼𝘂𝗻𝗴𝗲𝘀𝘁 player in our history. Read all about the broken records, stats and facts here 👇

While we may not get to see Nwaneri again this season, the teenager is poised for the top of football. His academy manager, Per Mertesacker, gave him glowing recommendations, seeing Arteta play him. The midfielder returned to play for his school team days after making his professional debut.