Despite celebrating his 38th birthday earlier this month, Chelsea defender Thiago Silva isn’t considering calling time on his career anytime soon. The centre-back has revealed that he plans to continue playing until he is 40 while discussing his plans for the future.

Although he’s already in the latter phase of his career, Silva has shown no signs of slowing down. The Brazilian continues to catch the eye of many with his brilliant performances for Chelsea. He is, without doubt, one of the finest players in his position in the Premier League at the moment.

He is expected to lead the defensive line when the Blues take on AC Milan in the Champions League later this month. It will be a special match for the centre-back as he’ll be coming up against the club he once represented.

“I talk often with Zlatan, and recently more often because Chelsea will play against AC Milan in the Champions league.”

Lawrence Bury@lawrence_buryThiago Silva is the best Centre Back in the Premier League! 🤷🏻‍♂️i dont make the rules4135245

Thiago Silva is the best Centre Back in the Premier League! 🤷🏻‍♂️i dont make the rules

Silva joined Chelsea after leaving Paris Saint-Germain in 2020. He has played 89 matches so far for the club, helping them lift the Champions League trophy in his debut season.

Thiago Silva feels he can help Chelsea despite turning 38 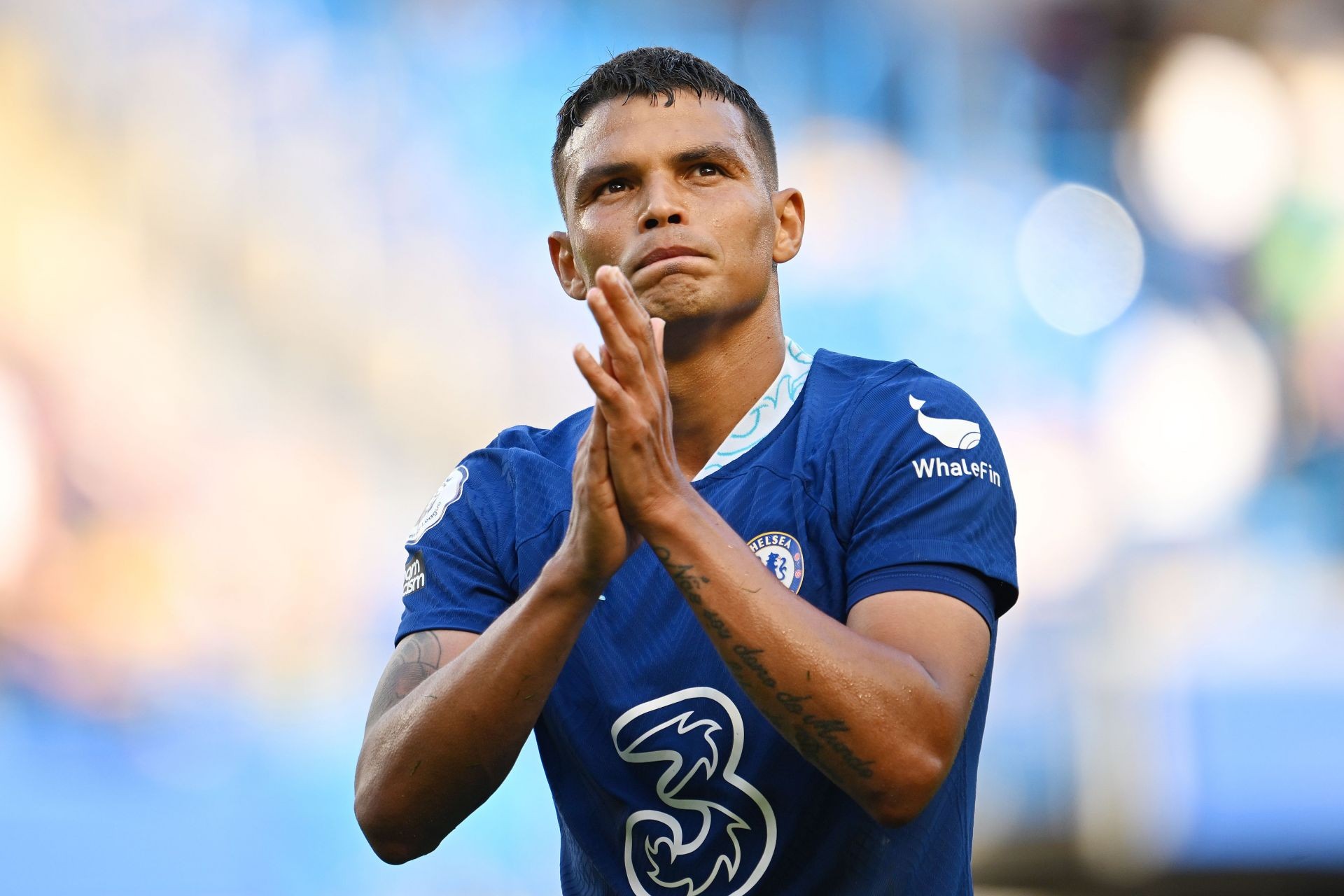 Silva isn’t showing any signs of slowing down at the moment.

The Brazilian is aware that it is quite difficult to continue playing at the top of the game at this stage of his career. This is especially in the Premier League, which is considered by many to be the toughest division in Europe. Regardless, he believes he can continue to help the Blues by taking care of himself properly.

“It’s very important for me that I can play on this level at this age but it’s not easy, especially in the Premier League. When I finish training, I come back home and think about how I can repair myself for tomorrow.”

“The intensity is high from the first minute to the last one so you have to be ready all the time. I might be 38 years old, but I think I can help this team as much as possible.”

Silva has made seven appearances for the Londoners across all competitions so far this season, recording one assist to his name. It remains to be seen how long he will continue to be a pivotal figure for Chelsea.