Manchester United are weighing up a move for Everton goalkeeper Jordan Pickford with question marks over David De Gea’s future at Old Trafford, as per The Telegraph.

De Gea has nine months left on his current contract, and the Red Devils are undecided on whether to hand the Spaniard a new deal.

The former Atletico Madrid shot-stopper is one of the highest earners at the club, with wages of £350,000 a week.

However, his performances have come in for criticism this season as he was at fault for two goals in United’s demoralizing 4-0 defeat to Brentford on August 13.

Erik ten Hag’s side are now pondering a potential move for Everton’s Pickford, who has started the season in fine form.

The England international, who is expected to be Gareth Southgate’s first-choice goalkeeper at the 2022 FIFA World Cup, has impressed for the Toffees.

He has made six appearances this season and many vital saves, including in Everton’s draws against Brentford and Liverpool.

The English shot-stopper reportedly has several clubs monitoring his situation at Goodison Park.

Pickford has two years left on his current contract and is beneficial to potential Premier League suitors as he counts as a homegrown player. 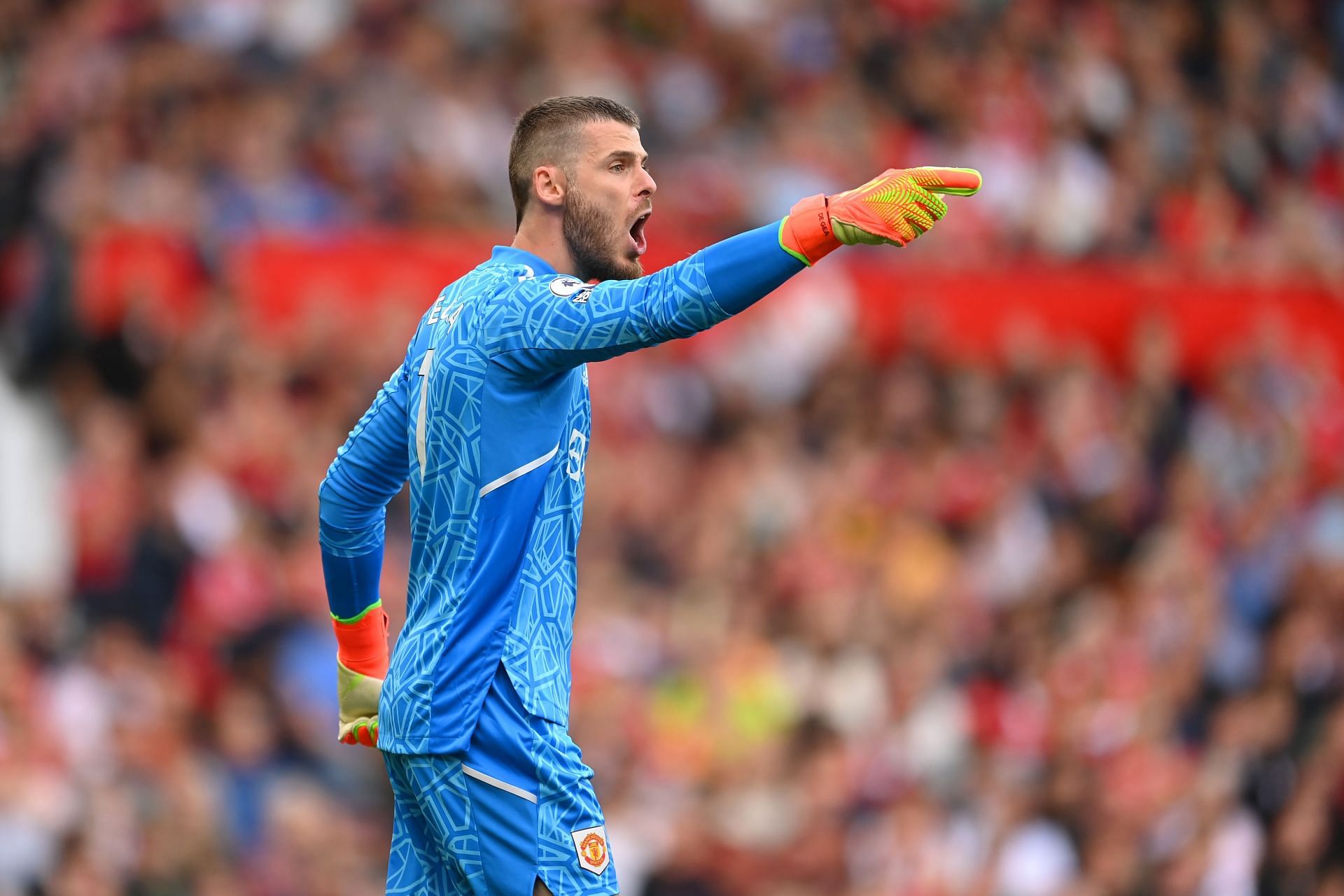 The Spaniard has become an Old Trafford hero

There is no disputing that De Gea has been a huge success for Manchester United since arriving from Atleti back in 2011 for £22.5 million.

He has made 495 appearances for the Red Devils, keeping 168 clean sheets.

The Spaniard has won the Premier League, the Europa League, the FA Cup and League Cup during his time at Old Trafford.

However, all things come to an end and it feels like that is the case for De Gea and his time as Manchester United’s first-choice shot-stopper.

It has been an unconvincing start to the season for the goalkeeper, who has been regressing over the past few campaigns.

Many are criticizing his lack of presence in the box alongside his lack of ball-playing skills and that doesn’t bode well for a goalkeeper playing under Ten Hag.

Keeping De Gea on would almost certainly have to mean he is guaranteed a starting berth due to his high wages.

Placing him on the bench but handing him a new deal would be a disastrous decision with so many areas for Ten Hag to attend to in the United squad.

The Dutch tactician has already shown his nuas in signing talent for Manchester United and giving him the choice over the side’s next shot-stopper could be vital.